老街坊游戏网 was a social gaming web platform concept that catered to an older generation of Chinese senior citizens. The UX goal for the site was to offer the audience a familiar environment in contrast to the drastically changing times. A casual place where users could communicate and play games together, separated from the younger, unrelated generations. The games themselves catered to a more familiar era. We even played with the concept of “My Story” where users could share their lives and the special memories they hold dear in history. 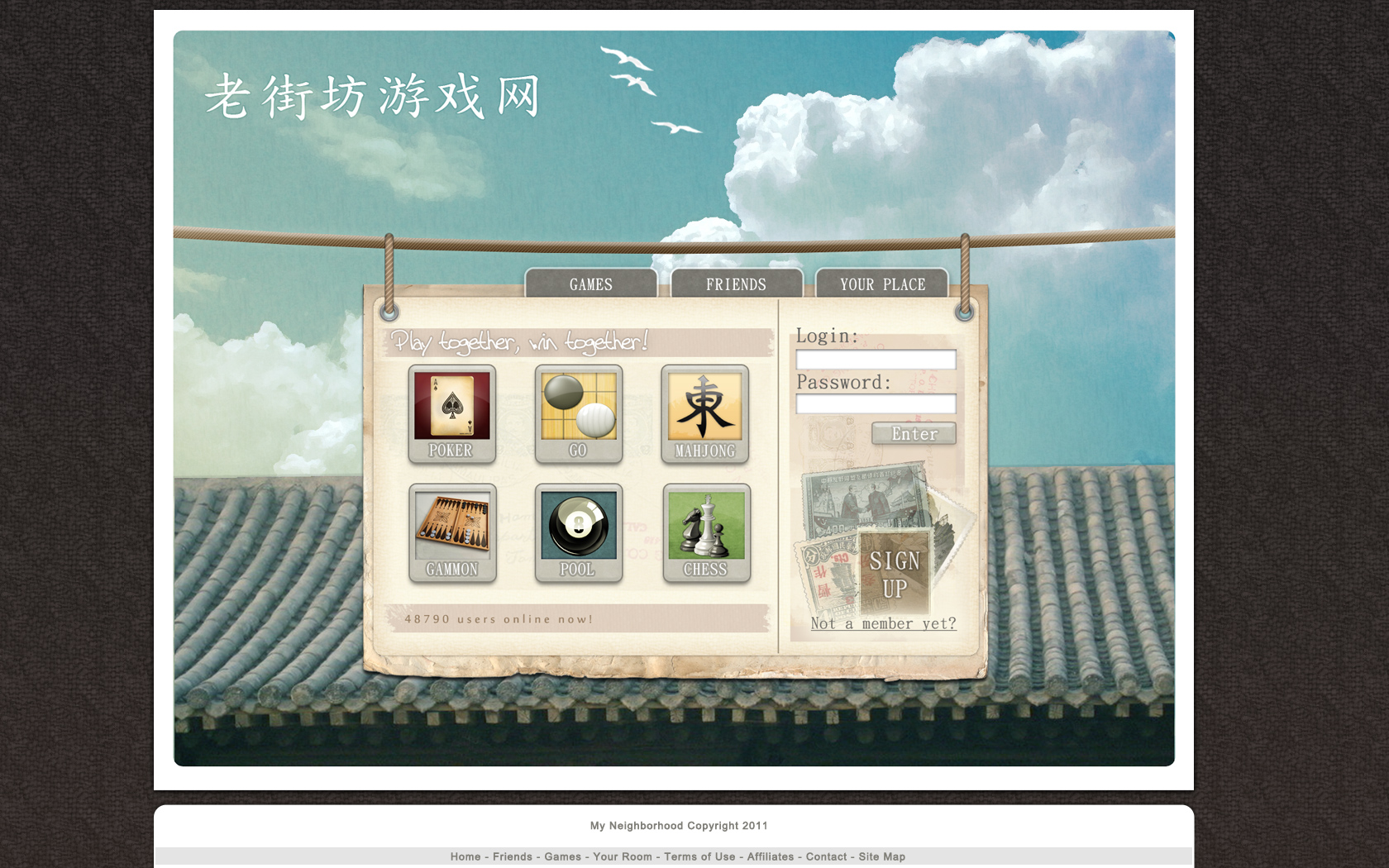